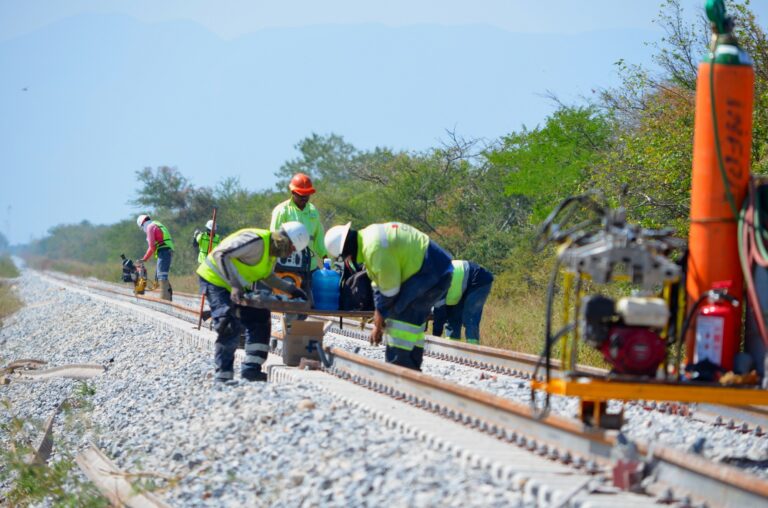 COMSA has been awarded the rehabilitation project of 14.9 km of railway track of the Isthmus of Tehuantepec Railway (FIT) through Oaxaca. This contract, which will be executed together with Grupo Constructor Diamante, represents a further step in the group’s expansion in Mexico, a country in which it has had a stable presence since 2009.

The company will carry out the rehabilitation of section 3.3 of the FIT between Mogoñé and La Mata that runs in an area of complex topography with very sharp curves which, together with the rolling stock circulating on the track (merchandise transport with heavy loads), forms a route with limited speed on the trains circulation.

Once the old track has been moved away, a new superstructure will be built at the points where the route is not modified and the new railway platform will be constructed.

On the other hand, the rehabilitation of the complementary structures, stabilization of slopes, ditches and all the works for the sewerage and drainage to work properly will be carried out.

Finally, the necessary signposting will be placed for the correct operation of the train.

COMSA is also executing the rehabilitation of the La Mata – Colonia Jordán section of the Isthmus of Tehuantepec Railway and the renovation of tracks and systems of Line 1 of the Mexico City Metro, thus contributing to the development of major infrastructures in the country.

The company has also participated in other large projects such as the construction of the Libramiento Sur highway in Guadalajara, the railroad bypass of the Port of Veracruz, and the rehabilitation and maintenance of some lines of the Metro and the Mexico City Light Railway.

In addition to the construction company COMSA, COMSA Corporación is active in the engineering sector, mainly through the company EOLIS, which is headquartered in CDMX and has an air conditioning factory in Puebla, with a commercial delegation in Guadalajara. EOLIS has a staff of 300 people, including factory, assembly, and office personnel, and conducts its business in the pharmaceutical and industrial sectors.