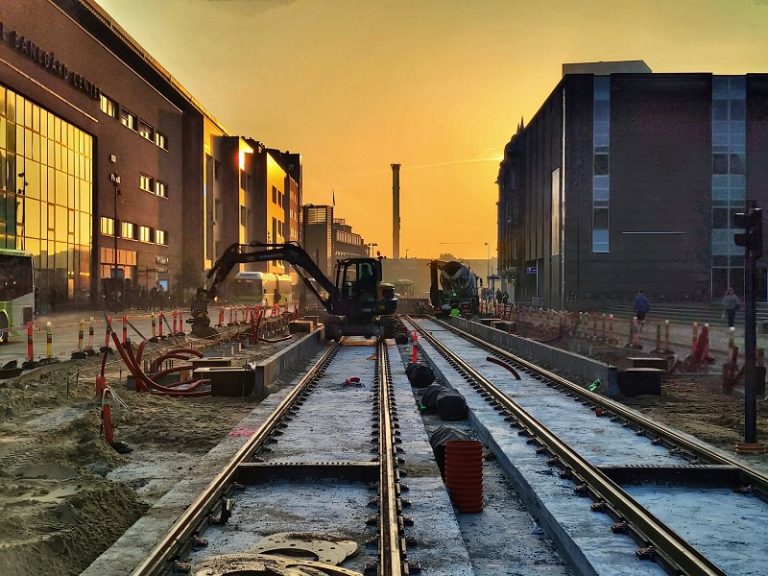 COMSA Corporación closed 2020 with a turnover of 778 million euros, a figure that is slightly higher than the previous year’s. The group, which has managed to increase its client portfolio up to 1.206 million EUR, maintained its global sales despite the health crisis brought about by Covid-19 in the construction sector, its main business area.

The company was able to keep these figures mainly due to the rise of activity in infrastructure projects, especially on the international arena, with a 12% increase in turnover compared to 2019. In line with its strategic plan, COMSA Corporación continues to focus its activity on its core business –construction, industrial engineering and maintenance, conservation and services– and fostering the internationalization of the group mainly in Latin America and Europe.

In terms of job creation, COMSA Corporación has closed 2020 with more than 5,300 employees, having increased its workforce by 5%.

Sustained growth of the construction business

The turnover of the Construction business unit was about 5% higher in 2020, reaching 489 million euros. Within this framework, the activity related to railway, civil works and building projects in Spain represents 30% of the business volume. Among other works, COMSA Corporación is executing two sections of the Mediterranean Corridor between Murcia and Almería, as well as sector 3 of the Mondragón-Elorrio-Bergara branch corresponding to the Basque Y, and the construction of the Sagrera Station in Barcelona.

In terms of civil building works, some that are worth highlighting include: the duplication of the section of the Ebro Highway (A-68) between El Burgo de Ebro and Fuentes de Ebro, the comprehensive rehabilitation of the Toses Tunnel -performed by Nortúnel- or the construction of the new Baleares dock, at the Port of Tarragona.

In the same vein, building projects on the Spanish market are driving the company’s private client portfolio. In this context, it should be pointed out the construction of the Pediatric Cancer Center of the Sant Joan de Déu Hospital in Barcelona, the Vita Sancho residence for students, the D38 office complex in the Zona Franca, the new wine cellar of the Peralada group or the Centre Penitenciari Obert in Tarragona. The group continues to carry out the project for the new Alter pharmaceutical production plant in Meco (Madrid).

At an international level, the company has continued its expansion in Latin America, and in 2020 it won several important projects in Mexico and Brazil. In particular, COMSA was awarded the rehabilitation of La Mata – Colonia Jordán section of the Ferrocarril del Istmo de Tehuantepec and the track renewal of several sections of the Light Rail in Mexico City, as well as the construction of the Araguaia river bridge in Brazil.

Moreover, in Portugal, COMSA and its Portuguese subsidiary, FERGRUPO, have been awarded the renewal project of the Beira Alta line, between Pampilhosa – Santa Comba Dão, and the construction of the Mealhada bypass, both works integrated into the North International Corridor and considered a priority in Portugal’s Strategic Plan for Transport and Infrastructure.

At the same time, the group continues to execute works on Line 4 of the Sao Paulo Metro in Brazil, the Odense tramway in Denmark, which is already in the test run phase, the modernization of the Vinkovci – Vukovar railroad section in Croatia, and the excavation of the Amagá tunnels in Colombia, among other important projects.

The Engineering business has maintained its results

In the Engineering business, COMSA Industrial maintained its specialized activity in turnkey projects in electromechanics, ITS (Intelligent Traffic System) and tunnel control systems, electrification, and railway systems, with a turnover of 181 million euros.

In this business area, the group has carried out, among others, the installation projects for the new headquarters of the Comprehensive Transport Centre in Madrid, the scenography and audiovisual equipment of the Paranimf building belonging to the Industrial School in Barcelona, and the assembly and commissioning of the automatic doors on the Barcelona Metro, among other projects.

On the international front, it must be pointed out the supply and installation of ITS systems in several highway tunnels in Colombia (La Línea, Mulatos, Sinifaná and Amagá, Corredor de Bogotá-Villavicencio) and the development of the facilities and telecommunications contract at the CERN headquarters, the largest particle accelerator in the world (France and Switzerland).

Moreover, regarding to the rest of the group’s fields of activity, the Maintenance, conservation and services area, led by COMSA Service, had a turnover of 80 million euros; while the Promotion and concession of infrastructures, headed by COMSA Concesiones and COMSA Renovables, reached 13 million.

In the same way, COMSA Corporación maintains additional activities in the field of radiofrequency broadcasting and satellite communication systems (Egatel) and recovery of end-of-life tires (ELT).

Divestments
Regarding the group’s asset divestment process, COMSA Corporación closed in 2020 the sale of DEISA IWS, a company specialized in water treatment and purification.

Innovation and commitment
In 2020 COMSA Corporación invested more than 7 million euros in R&D+i. One of the most outstanding projects in which the group participates is 5GMed, where COMSA is part of the consortium of companies that is carrying out the deployment of 5G technology to guarantee the connectivity of the Spanish and southern French rail network. Also, it is worth mentioning the progress of Resiltrack, aimed at designing a predictive maintenance system which will allow knowing the condition of the railway infrastructure and its impact on climate events in real time, as well as anticipating its behaviour to act wherever necessary.

Finally, in the area of responsible management, the group has made progress in its commitment to the Sustainable Development Goals (SDGs). In this sense, COMSA Corporación has adhered to the SDG Ambition program of the Global Compact to promote more ambitious business objectives and accelerate the integration of the SDGs into its corporate strategy.

Adaptation to change
According to Jorge Miarnau, president of COMSA Corporación, the group “has been able to develop its activity despite the difficulties caused by the Covid pandemic, thanks to an efficient adaptation to change, continuously incorporating the necessary measures to protect all employees, counting on their great professional capacity, and with an efficient and robust management of their financial structures”.

Jorge Miarnau also wanted to highlight the role of infrastructures as drivers of more sustainable mobility and assured that he “trusts in the potential of this sector to lead the economic development”.