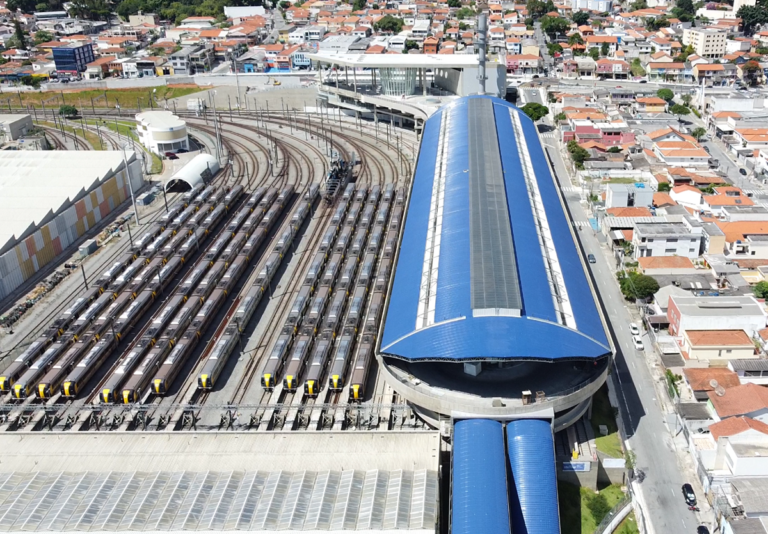 COMSA Corporación expands its portfolio by 22%, up to 1,470 million euros

COMSA Corporación closed 2021 with a 22% increase in its portfolio, up to 1,470 million euros. The group had a turnover of 758 million euros last year, a figure similar to the one of the 2020 financial year, and achieved a positive result due to the business activity and the increase in its profitability.

The construction business, the group’s main activity, had a turnover of 440 million euros, with a 6% growth in infrastructure projects in the Spanish market. In this context, the awards for the expansion of the Chamartín station in Madrid or the execution of the new rail access at T1 of the Barcelona-El Prat Airport stand out, as well as the progress of the works on the Mediterranean Corridor in two sections between Murcia and Almería.

Regarding civil works, it is worth mentioning the completion of the new Balears Wharf in the Port of Tarragona and the Reguerón dual carriageway in Murcia, and also the progress of the duplication project of the section of the Ebro Highway (A-68) between El Burgo de Ebro and Fuentes de Ebro.

In terms of building, during 2021 major projects continued to be developed, such as the new Ehlis logistics warehouse in Illescas (Toledo), the production plant of the pharmaceutical company Alter in Meco (Madrid), the D38 office building project in Zona Franca in Barcelona or the Open Penitentiary Centre in Tarragona. Likewise, it is worth highlighting the execution of the Pediatric Cancer Center of the Hospital Sant Joan de Déu in Barcelona and the award of the new building of the Hospital Universitario de Móstoles in Madrid.

At international level, the company continues its expansion in Latin America and in 2021 it has been awarded important projects in Mexico and Brazil. Specifically, COMSA has won the rehabilitation of the tracks and systems of Line 1 of the Mexico City Metro and the completion of the works on Belém’s integrated transport system (BRT), in Brazil.

Furthermore, the company continues to carry out the rehabilitation of the La Mata – Colonia Jordán section of the Tehuantepec Isthmus Railway, the construction of the Araguaia River bridge in Brazil and it has completed the works on Line 4 of the São Paulo Metro, one of the largest in the country in recent years.

In Europe, COMSA is carrying out the final tests before starting up the Odense tramway in Denmark; construction works continue on the access tunnels to the Stockholm by-pass, one of the city’s main ring roads, on the E4 motorway in Skärholmen, and the modernisation of the Vinkovci – Vukovar railway section in Croatia.

On the other hand, in Portugal, COMSA and the Portuguese subsidiary FERGRUPO are working on the renovation of the Pampilhosa – Santa Comba Dão section of the Beira Alta line, on the construction of the new railway section between Évora Norte and Freixo and on the Metrobus de Mondego, where they execute the works between Serpins and Alto de São João.

The group’s engineering business, COMSA Industrial, registered a 13% increase in its turnover in 2021, reaching 204 million. This area increased its activity in turnkey projects in the electromechanical field, ITS (Intelligent Traffic System) and tunnel control systems, and railway systems, among others.

Thus, the company is executing the modernisation and improvement of the remote-control systems of all the Barcelona Metro lines, the installations of the tunnel from Son Vic to Peguera in Mallorca and the operation and maintenance of the Control Center of the AP-2 and AP-7, among other works.

At international level, the supply and installation of ITS systems in several highway tunnels in Colombia (La Línea, Mulatos, Tesalia, Sinifaná and Amagá, Bogotá-Villavicencio Corridor), and the development of the installation and telecommunications contract at the headquarters of the CERN, the largest particle accelerator in the world (France and Switzerland), stand out.

Continuing in the engineering field, in 2021, COMSA Corporación launched the COMSA Bio&Pharma brand to enhance its activity in the pharmaceutical industry based on comprehensive turnkey solutions. Among other contracts, the company is carrying out the full execution of Kern Pharma’s new Labor building and is active in Mexico, Colombia and Paraguay.

The Maintenance, conservation and services area, led by COMSA Service, had a turnover of 85 million euros – 6% more than in 2020. Among its main contracts are the maintenance and cleaning of the Naturgy buildings in Spain, the comprehensive maintenance and energy management of the buildings of the Hospital Duran i Reynals de l’Hospitalet de Llobregat and the maintenance of all the buildings of the Ministry of Interior in Madrid. Likewise, the renovation of the ‘Spectacular Musical Fountain’ in Goyang (South Korea), by its OTB fountain business, is highlighted.

In terms of the Infrastructure Promotion and Concession area, led by COMSA Concesiones and COMSA Renovables, this reached 15.7 million –15% more than the previous year–.

Within the framework of the asset divestment process, COMSA Corporación closed in 2021 the sale of its stake in the company Termosolar Borges, the world’s first hybrid power plant for thermosolar and biomass technologies, to the Q Energy fund.

The operation is part of the group’s strategy of selling non-core assets in line with the process of concentrating its activity around its specialisation in infrastructure, engineering and services, while allowing financial deleveraging.

In 2021 COMSA Corporación invested more than 8.5 million euros in R&D&i activities, 20% more than the previous year. Among the most outstanding projects in which the group participates is 5GMed, where COMSA is part of the consortium of companies that is carrying out the deployment of 5G technology to guarantee the connectivity of the Spanish railway network and the south of France. Also, it is worth mentioning Safe4Rail-3, a program focused on the development of technologies and devices for the next generation of the Train Control and Monitoring System (TCMS).

Finally, with regard to responsible management, the group has made progress in its commitment to the Sustainable Development Goals (SDGs). In this sense, COMSA Corporación has joined the Global Compact’s ‘Climate Ambition Accelerator’ program to promote the reduction of its emissions and contribute to the fight against climate change.

According to Jorge Miarnau, president of COMSA Corporación, “the fact that the group closed the year with positive results represents a change in the trend in the development of the company that encourages us to continue making progress towards achieving the objectives of the new Strategic Plan”.

“Undoubtedly, these results are due to the ability to adapt that we have shown facing the Covid pandemic, but above all I must thank the effort and dedication of the team of professionals who have given their best every day to ensure that the projects go ahead”, he says.